The F&F franchise really has become The Avengers for bros, or should I say brahs. Fast & Furious 6 was ridiculous in the best way and

Spoiler:
Jason Statham as the villain in Part 7? Can't wait!

Arabella wrote:The F&F franchise really has become The Avengers for bros, or should I say brahs.

I think even more, it's become the Avengers for non-white people. I wouldn't be surprised if it stands out as something that operates in spite of the raging Anglophile boner Hollywood insists on sporting.

I saw it last night. It was everything I hoped it would be and more. I really, really love this franchise. It's just so fighty and chasey! I still think Tokyo Drift is the prettiest film because of the locations, but I love these last few movies because of all the cast. Who knew that one of my favourite comedy duos would end up being Ludacris and Tyrese. They're the Lewis and Martin of this generation.

Spoiler:
I can't wait for Fast 7. Jason Statham! Possible Lucas Black! I loved the bad guys in this one. I can't believe they found someone who made The Rock look small. Also, how does The Rock exist. He's so huge! It must make life difficult. It's also great, because next to The Rock, Gina Carano looked small and dainty. I was sorry about Giselle and that we didn't get to see Don Omar and the other Latin guy because they make me laugh. And I love that they include the older movies in the credits because it's a reminder of how young they all were when they started this.

I think my favorite thing about these movies is how progressively more and more ridiculous they get. Like, I watched the first movie recently and its not REALISTIC but its not as "THEY ARE THE BEST AT EVERYTHING IN THE WORLD AND NOW THEY WILL BEAT UP GENERALS".

I actually really love the series though. It is absolutely ridiculous but its a lot of fun, and I really do appreciate the diverse cast and strong female roles.

I hope they get Liam Neeson to play the villain for the last Fast and the Furious, whenever they do it, before the reboot starring Paul Walker and Jordana Brewster's son in 20 years.

So pleased that cool smart articulate awesome people like Roxane Gay like Fast and the Furious films almost as much as I do. 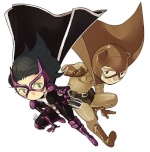 So, I'm still totally heartbroken because Paul Walker was my ultimate Hottie McHotterson.
And Jason Statham is my close second. I was beyond stoked at the end of FF6. And hello, Lucas Black, you big hottie, come on down. I'm wondering how they will rework 7 now, and who will step in to be the "pretty boy". And whomever mentioned Liam Neeson...that would be amazing.

I read somewhere they were going to finish Paul Walker's stuff with his look-a-like brother and some CGI. Very sad situation. Poor Paul.

Say what now? That's just...wrong. I remember an interview he did a while ago that said they were going to film 3 movies (6,7,8) and then go dark again (a la Tokyo Drift). So, would they actually have Brian OConner go out in a fiery crash in the movie? At this point any type of car death is going to be bad, but it's a movie about cars...so...

I really hope they don't go the route of using CGI or killing Brian off. Either would be tough to watch and Brian deserves a happy ending. Honestly, I'd be happy with a quick mention that Brian and Mia retired to Fiji and then moving on with Lucas Black.

I think it would just be weird if Dom and the rest of the "family" were getting into these horrible jams but Brian never showed up again to help them out. The audience would "know" why, but within the story it wouldn't make sense. OTOH, I really don't want to see Brian die onscreen, either.

I saw Furious 7 this afternoon and it really is a fantastic movie. I unironically LOVE these films. I love artsy, thinker movies, I love musicals, I love goofy comedies, and witty comedies, and great big epics. But sometimes you just want an action-packed thrill ride filled with funny quips and good looking people and stunts that make you laugh aloud because of their improbability. And this franchise delivers that in spades.

The Rock deserves every bit of fame that he's achieved. He is so watchable and likeable and effortlessly heroic. I found myself grinning every time he was onscreen. Vin Diesel is still the leader of these films, but he's not a posturing leader. He's not someone who's like, "This is my movie, I get all the best scenes, all the best lines." I think one of the reasons that these films work so well, is that he allows everyone else to shine. And this movie in particular was very much about Brian Connor and saying goodbye to Paul Walker. It was subtle through the bulk of the film and then they really played it up in the end.

There were a couple of incredible action sequences. They were somehow more spectacular yet less outlandish than the ones in Fast Six. And the fight scenes just keep getting better and better. Getting Tony Jaa and Jason Statham in the film really amped those up.

I'm glad this is Paul Walker's final film. It feels fitting, somehow, and right considering how tight a family that whole cast is. It was also a really great, fun film. The tribute at the end of film, and the note they leave it off on made me cry and cry. In the theatre. And it's not even a sad note really, it was just really touching. Not necessarily something I thought I'd be saying about a Fast and Furious film, but there you go.