Where is that BI?

it is not a BI - http://www.mirror.co.uk/3am/celebrity-news/hollywood-urges-hiv-infected-actor-6810869
but the clues are there - an A list star, womanizer, who dated an award winner, model and christian actress... 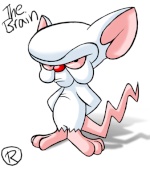 My first thought was Leonardo Dicaprio.

Has Leo actually officially dated any award wining actresses, Clair and Kate are debatable, but it's been all models. I have the same problem with the Charlie Sheen guess, and I can't think of any big star who has dated that triumverate of women (award winning, religious, pure movie star).There aren't even that many famously religious actresses in Hollywood like Kristin Chenoweth is the only one who comes to mind. Unless by "religious" they mean actress who attends church, and not famously known for religiosity.

ETA: Okay the original BI was from Radar,and it definitely sounds like Charlie, and pretty much only Charlie, I guess the religious ex is Kelly, and he dated Robin Write for award winning, but I never knew he dated her. Damn her taste in men is terrible.

Yeah, but if the point is for the actor to admit to being HIV+ is to remove the stigma around it...well, Charlie Sheen wouldn't be my first choice of celebrity. If anything, it would increase the stigma. 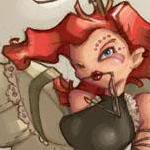 For me the thing is that Charlie Sheen is not exactly known for his amazing acting... all the articles were stating this was an A lister who was worried that the HIV would be what he is remembered for and not his acting.

It looks like it's Charlie, he's appearing on on the Today show to make an "announcement". I mean like was said, not sure this is actually gonna help with the stigma...

He actually spoke very well (loved the bit that he "would love" to blame the tiger blood on this) and actually was very genuine.

The whole situation is just sad. Addiction is such a terrifying monster to live with as it is, and then he has this going on. I really hope for his sake that he can find the right support to help him battle his demons. He is a wack-a-doo guy but still... his brain must be one sad dark place.

Charlie is a loathsome tool in many ways, but has always been so blasé about his shortcomings that I would have thought blackmail a near-impossibility in his case. That someone would take advantage of a severe medical condition and blackmail him for it, is incredibly low.

I put this on Facebook, but wanted to leave it here too, in case it's helpful to anyone.

Lainey's newest blind and I'm gonna hope it's not true:

Right now it seems like nothing can go wrong for him, at least not professionally. He's in a groove. Personally things seemed to be going great too. He's happy with his partner. They're loving parents, they are supportive of each other, they are both kind and sweet people. But she's been upset about not being able to get pregnant and now she's in denial about a serious problem. It's starting to affect her career. She shows up drunk to events, embarrassingly drunk. To the point where reporters speaking to her don't even feel comfortable using what she's said, even though these are press opportunities for promotion. And they are really concerned about it at work. She drinks at work and it's making the situation difficult for cast and crew because they have to keep reshooting over her mistakes and the retakes are piling up. Her boss has had extensive experience with a big star disrupting the set and is just trying to get through as much as they can, keep production going, because no one wants the staff to be out of pay if everything is suspended. Recently though, it’s come to the point where they had to hold an intervention for her. It happened on set. Right now she's not in rehab but the hope is that they can keep her functioning until there's a long enough break for her when she's ready for treatment.

#1 guess is Anna Faris and that makes me #1 Sad, I love her, I love Mom, and I love her and Chris together. Extra awk that her show is about addiction, yikes.

One of the producers of Mom is Chuck Lorre, who also worked on Two and a Half Men.

I did not know that Chuck Lorre was a producer on her show. Oh no.

Man another STD blind, from Lainey:

An anonymously filed lawsuit involving a much-talked-about diseasehas surfaced in federal court in Detroit, where an unnamed woman is suing an unnamed celebrity from California for allegedly giving her genital herpes while having sex with her multiple times in Royal Oak last summer.

"This complaint is brought anonymously due to the social stigma attached to the damages as well as the celebrity of the defendant," according to the lawsuit, which seeks at least $75,000 in damages.
The lawsuit does not say whether the celebrity is an actor, musician, athlete or politician — only that he is a citizen of California, and that he had a residence of some sort in Royal Oak in July.

The plaintiff, who is a Michigan resident but currently is in New York, claims the unnamed celebrity has permanently scarred her physically, emotionally and psychologically by failing to warn her that he was infected with genital herpes, and "by failing to altogether avoid sexual contact" with her. Her lawsuit also alleges that the defendant "knew or should have known" that he was infected with Herpes Simplex Virus 2.

According to the lawsuit, the plaintiff had repeated sexual encounters with the defendant in July, primarily at his residence in Royal Oak, and "did not and has not had any sexual relations with anyone other than" him since then.

In addition to sports events, there were a few productions happening this past summer in Detroit. There was a MAJOR production doing reshoots in Detroit. You should know it without me naming it. An epic battle? Sound familiar? Most locals are immediately picking up on that one and not really considering the non-film and tv options.

And two obvious names from that project come to mind. And one more obvious than the other. Because he had a summer full of scandal. So it makes sense why some would think he'd have yet another scandal added to his 2015 scandal list.

Thing is though, the herpes rumours? The OTHER name is the one who's been rumoured to have herpes. He has a new young girlfriend. And when they first hooked up, he apparently disclosed it to her. (It’s a blind within a blind!) Then again, he's not a resident of California.

Or you know what?

It's very, very possible though that it's neither of them. That they have nothing to do with it. That it's not an actor celebrity but an athlete celebrity?

So Henry Cavill has herpes as the blind within a blind. I don't think it's an athlete though, I can't think of any big sporting even that was in Detroit this summer that had any one famous enough who would also have a Royal Oak residence. It has to be a Detroit player who splits time between Detriot/LA (Justin Verlander is the only one I can think of with a big enough name who might). I don't think Megatron lives in LA off season. This is the second big story about an STD in the area, a Wolverine football player Jabril Peppers gave some girl Chlamydia twice and she made up 1500 flyers to tell the entire Michigan campus about it.

It's tough not to think the suit is against Batfleck.

She’s the more famous one in her relationship but for some reason, I always thought he’d be one who stepped out. When she followed him on location a while back, the assumption was that she went along because his co-star was so attractive. But he’s actually not the one who’s been cheating.

She’s the one who found a new kind of work and picked up a sidepiece. They can’t help themselves on set. Another art imitation of life situation as they creep around and so far it hasn’t gotten back to her bonafide yet but the cast and crew are aware and the guy she’s hooking up with is married. Right now it’s “just” an affair. Like they’re not pretending they’re in love yet. But if (when?) both these couples don’t end up working out, look back to this as a sign.

I'm seeing Lady Gaga/Taylor Kinney guesses, which if true, helps explain why this one seems to be written SO vaguely. Probably hard to give Gaga clues without making it obvious.

So the married hook up is Wes Bentley? I can totally see that.

They hooked up real fast. And everything has been at top speed ever since. From initial attraction to exclusivity to super, super serious, they’ve been inseparable, and she’s totally in love and he’s definitely into her too but he’s also really, really into partying. They were both recently at a private event. Everyone was happy, everyone was celebrating, and then he starts making out with another guy. He was also totally f-cked up when it happened. He gets f-cked up a lot. It’s definitely a problem – one that he won’t acknowledge and that she doesn’t want to see because she’s too blissed out. Eventually though it’ll catch up with him and them. For years there have been warning signs with this guy. And it’s affected all of his past relationships. She can’t seem to avoid the dark ones.

Someone reassure me this is NOT Blake/Gwen, I am irrationally over invested in them, and want to think despite how fast it is and how typically Gwen Stefani is to be gaga super into a guy, that Blake is the good guy she deserves, not the drunk cheater he's been portrayed as in the tabloids since practically the minute he married Miranda.

The making out with a guy part leads me to believe it isn't Gwen/Blake because I think there's still enough homophobia in the country music world for there to be a meltdown if there was even a whiff of that with Blake.

I'm gonna go with Katy Perry and Orlando Bloom. Those rumors have followed him forever and she has super shitty taste in men.

Yeah I realized the same thing (that making out with a dude at the ACM afterparty would not have gone over well), and I saw other people guessing Katy/Orlando, I didn't realize they were that visibly serious/insperable.

I am relieved, Shefani live on to annoy most people and please me.